Last week, an anonymous person published what they claimed to be leaked screenshots from the Nintendo 3DS version of Super Smash Bros. on message board 4chan, one of which features the game’s character select screen. Many of the characters on the screen have yet to be officially announced by Nintendo.

Today, videos of what appears to be the game running on 3DS were published to YouTube. These videos show Bowser Jr. and Shulk from Xenoblade, two of the unannounced characters that appear in the purportedly leaked screenshots. 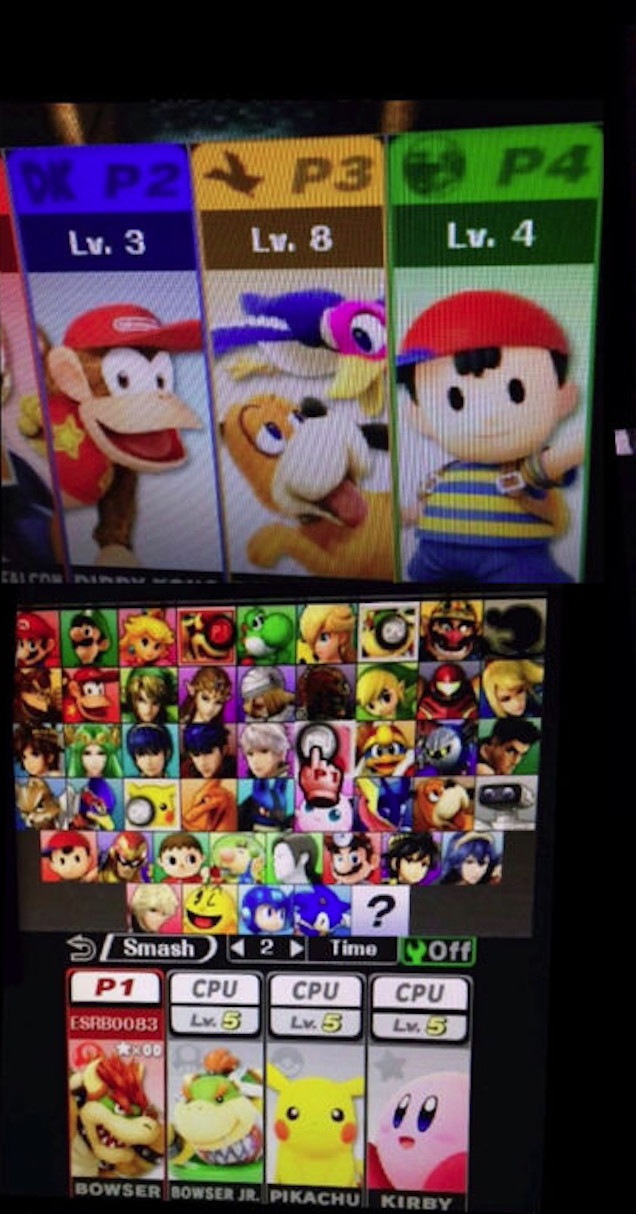 Kotaku speculates that the username that appears in both the screens and video, ESRB0083, are a reference to the Entertainment Software Rating Board. As they note, the ESRB doesn’t usually play games, rather they judge them via a video submitted by the game’s developer or publisher.

NeoGAF has compiled the various sources, drawing connections between the screens and videos.

If true, the leak confirms the return of fan-favorite characters Ness and R.O.B., along with the first appearance of the dog from Duck Hunt.